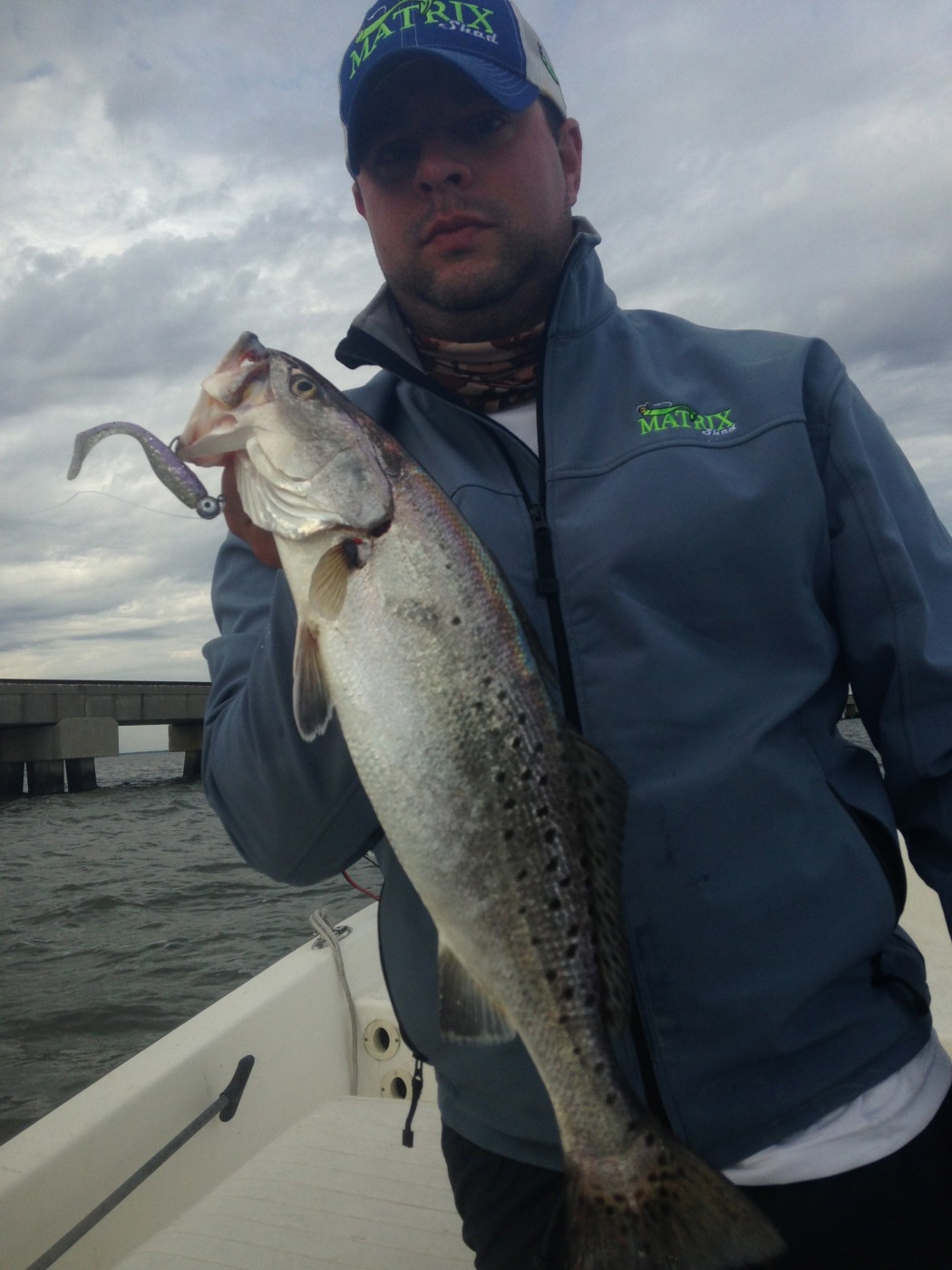 After a dismal and horrific February followed by and even worst March, we have finally seen the Lake come alive as we are about to enter April.  It really is crazy how the fish show up like an over night invasion in Lake Pontchartrain.  We went out several times during the beginning of March to the Trestle and notta and again notta and then one day BAM “Fish On”  Every year it really does amaze me how the fish all of a sudden migrate to the bridges in eastern Lake Pontchatrain.   So far this spring Late March has been treating us pretty good and typical.  Catches of 15-45 trout and flounder have been the norm for the DockSide Captains and we have also been carrying live and dead shrimp at DockSide for those in search of Drum, Reds and Sheepshead.  Weather has been rather sketchy this spring and high Pearl River levels has played fits on us at DockSide so far this spring but the worst is already behind us and a few limits have already hit the tables.  We haven’t found the wall hangers yet but the full moon in april is always a great time to give them a good look.  Most trout have been in the 1.5-4lb class as Rudy shows a good one in the Pic  (Midnight Mullet Hot Color of Late) VIDEO SHOT ON TRESTLE MARCH 2013 &nbsp; Come See us for another good Spring Out of DockSide 985-707-2105 www.MartixShad.com &nbsp; UNTIL NEXT TIME “GOOD FISHING”