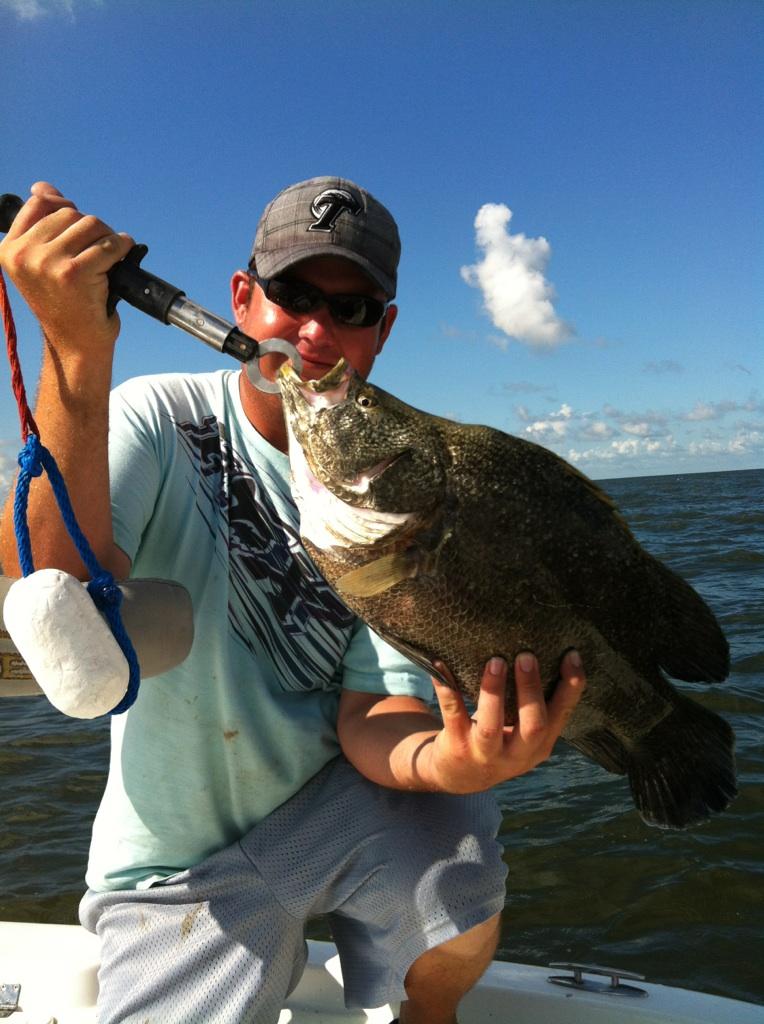 John Rucker, a resident of River Ridge, LA, got into serious saltwater fishing in 2007. He first learned the seabrook area fishing off the pier every chance he got until seabrook’s closure due to construction in 2010. In june of 2010, days before the closure of seabrook, Rucker caught his biggest trout to date which was a 8.6 pound trout. Any other year, Rucker would have won the CCA STAR tournament but because of the BP oil spill, the tournament dates were delayed. After seabrook’s closure, Rucker fished Grand Isle regularly because it offered great fishing opportunities to anglers without a boat. A couple weeks after catching his 8.6 pound trout at seabrook, Rucker caught another trophy trout. This time it was caught off the bank in Grand Isle and weighed 7.3 pounds which won the Southeast division of the CCA STAR tournament. Rucker went from bank fishing to owning a boat. Now with a boat, Rucker could explore different area’s and focused on Hopedale and other area’s of Lake Ponchartrain. Since he started fishing seriously in 2007, Rucker has landed 5 trout over 7 pounds and 2 trout over 8 pounds. He is known for a fishing setup called the “Rucker Rig” which is simply carolina riggings soft plastics in high current/deep water areas. Rucker loves helping anglers by offering tips and locations to help increase their chances of filling the icechest.

“I cannot say enough great things about these Matrix Shad’s. These baits are INCREDIBLE. I fish many different locations and have yet to find a place that these baits do not work. The action is top notch and you can use them under a cork, on a jighead, carolina rigged, and even freelined under lights at nighttime. I think dockside is onto something big here with these baits.” – John Rucker CCA Star Boat Winner