Where Did all Our Big Trout Go?? 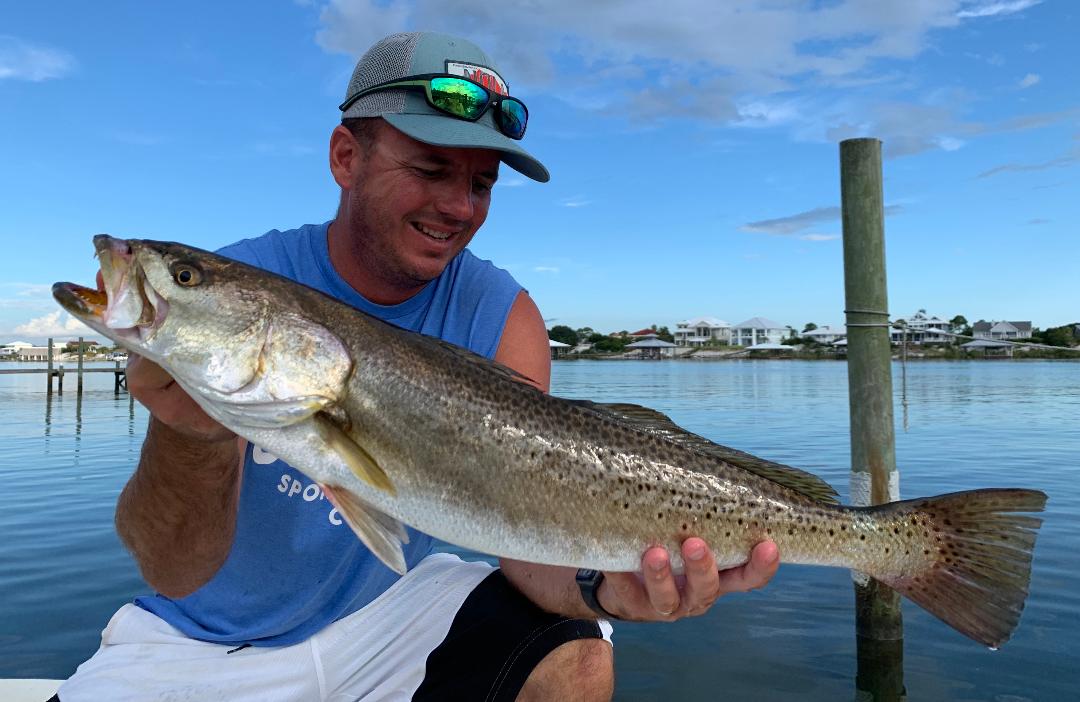 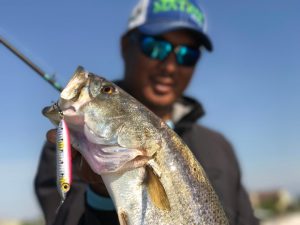 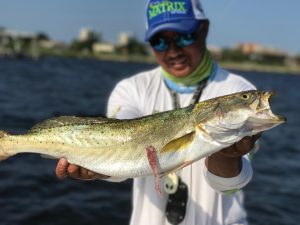 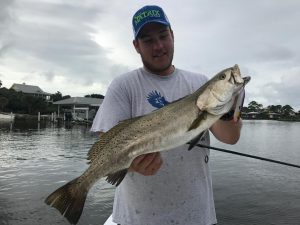 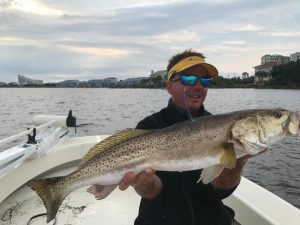 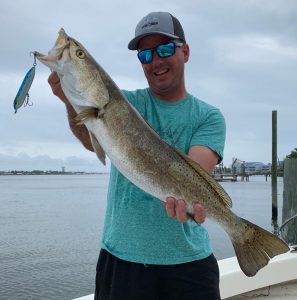 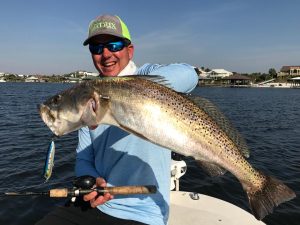 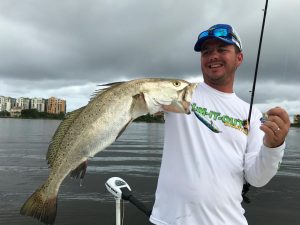 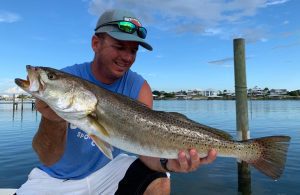 This is a subject that many trophy trout anglers across the great state of Louisiana continue to discuss and try to figure out daily.  So just where have the big trout gone in Louisiana.  Is it the high rivers year after year?  Maybe it’s the loss of land of our estuary.  Could it be the fishing pressure?  Are limits too liberal on speckled trout?  Is it the BP oil spill?  Or maybe it’s a combination of all of the above.  One thing that is for sure is that the trophy trout estuary or the trout fishery entirely is down tremendously.  Here at Matrix Shad we have noticed the rapid decline over the last five years.  In our back yard which is the Pontchartrain Basin I feel there are two drastic reasons for it.  The closure of the MRGO, which is the main artery and direct shot of pure salt water into the heart of Lake Pontchartrain.  The other problem is the spillway opens every year lately when it used to be every fifteen years.  These two issues completely divert big speckled trout to other areas as they need quality salt water to live just as we need oxygen.  Sure we still see many Louisiana big trout legends continuously post great catches of dock shots full of two to four pound trout which are amazing catches, but if you ask them how many seven, eight and nine pounders they have caught in last five years they will give a discouraging answer.  One way to scale it is to simply look at how drastically the weights have dropped in the CCA STAR Trout category across the state.  What used to take an eight plus pound trout to win every year now merely takes a six pounder now.  Hopefully we are in a bad cycle right now and can pivot out of it in a few years but in the mean time chasing reds in the Louisiana Marshes or traveling far away from Matrix Shad’s home base will be more common.  Trips to Grand Isle if heading west or trips to the East toward Florida will continue to happen as we patiently wait to get out of this trend.
Here at Dockside TV we absolutely love Grand Isle as it is a great trout fishery for boats like ours, small skiff like boats.  It also is a very affordable place to fish once you get there.  We also love the barrier islands deep into Breton Sound but getting to them is challenging especially when you have small boats like we do. The Matrix Shad headquarters are close to the Louisiana, Mississippi boarder, so for us heading east toward the salty waters of Florida is a little bit easier of a drive and a very unique and challenging fishery that has sparked our interest greatly.  The fishery we have honed in on the last several years is from Orange Beach to Destin Florida, known as Fort Morgan all the way to the Choctawhatchee Bay.  These fisheries are wildly unique and extremely challenging but the size of the trout  lurking here is something special.  On any given cast you can hook into a twenty five plus inch trout.  The Matrix Shad crew has yielded more twenty five plus inch trout in the last five years here by ten times than we have in last seven years fishing in Matrix’s back yard of the Pontchartrain Basin.  We also fish the Pontchartrain area ten times more often than the Panhandle.
As I write this article I am traveling back from our latest DockSide TV adventure.  This one was spent in the Perdido area fishing the Perdido Bay.  This trip was one of the hardest ones in a while but we still managed several monster trout and many more than we will catch all year back home.  The one thing that amazes me about the panhandle is that you can be catching nothing but twelve to sixteen inch trout all morning then Bam! A twenty seven inch trout of a life time hits your lure and that’s just how we caught our biggest of this trip and the three biggest we have ever caught on the Panhandle.  Don’t get me wrong we have made several catches where almost every trout was over four pounds while on the Panhandle but for some reason our three biggest came mixed in with schooling males.  We target these Gator trout almost exclusively with the Matrix Mullet topwater backing it up with either the Matrix Minnow or RipShad if a trout swings and misses the topwater.  Never the less I don’t see this pattern changing anytime soon so traveling to target big trout may be in our future for the next few years.  We still make some solid big trout catches right behind the Matrix headquarters during the winter but the flooding rains continue to move them out every spring so right around the month of May is when our traveling for big trout ventures begin each year.
Make sure to watch all our Dockside TV Panhandle episodes especially the one titled “Top Water Time Bombs” which is below
Until Next Time
Good Fishing
Category: Tip of the WeekBy Chas ChampagneAugust 6, 2019