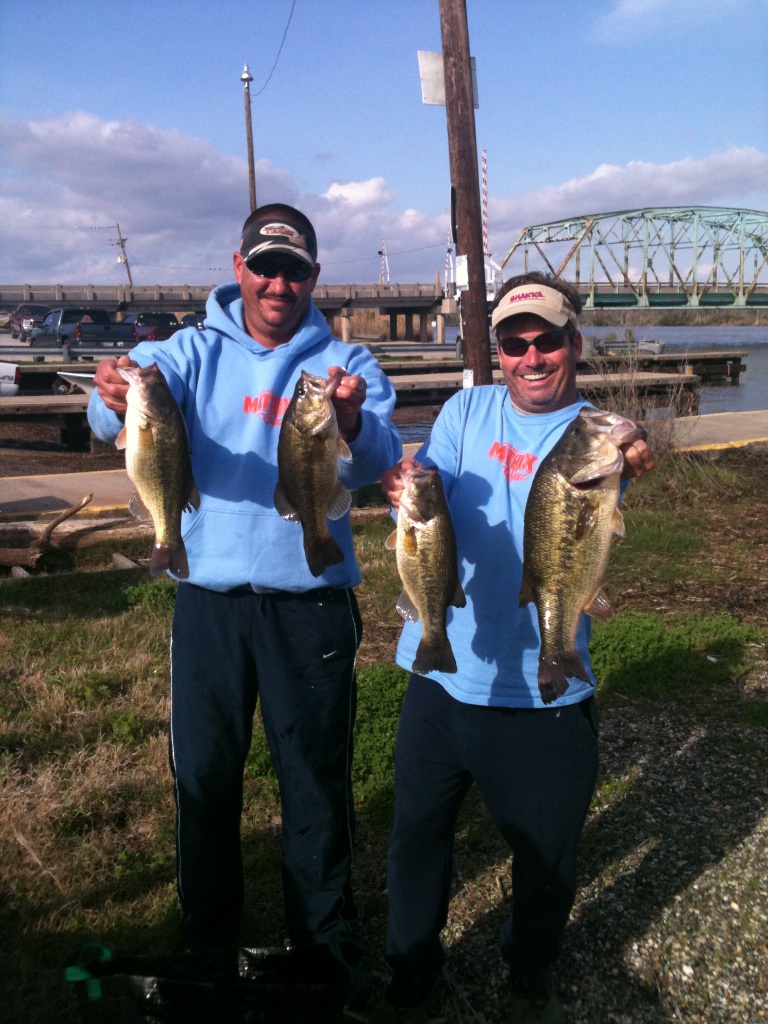 The IFA grand isle stop was coming up and team matrix knew they were gonna need some serious weight to compete with the rest of the field. The desicion was made to run to delacroix where we had found 16lbs almost blindly so we were gonna fish basically blind due to high staind water. Come the morning of the tournament, the run to delacroix seemed like a suicide run due to 20 knot plus winds and storms so we opted out of the run. We decided to head north where we knew some grass and good water was located and hoped to pull 14lbs in these tuff conditions. As we begun to cover vast amounts of banks and ponds as best as we could we discovered a pattern for where fish were holding and found better than 14 lbs. Turns out we got to sight fish quality redfish in crystal clear water while using the “Lemon Head” and “Ultra Violet” Matrix Shad on both spinner baits and weedless rigs. Giving ourselves just at 2 hours to return to the scales we slowly but surely made the run back in storming conditions. We turned in two fish for a total weight of 15.38 lbs. putting us in 7th place when it was all said and done.   It was a great tournament and having the edge of using Matrix Shad gave us the advantage of another top 10 finish. Congrats to Josh and Ryan