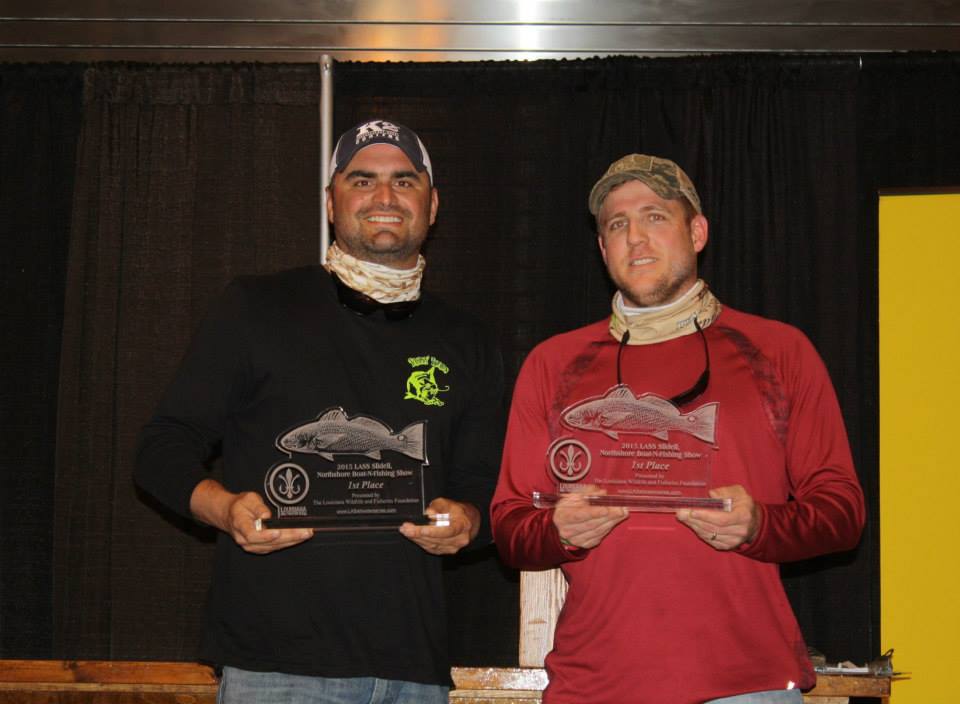 In a treacherous field of 63 teams one team had to prevail through murderer’s row and come out with a victory. That team was a well known team of red fish experts, Paul Dufrene and Jay Cedetal. This tournament had a typical blast off at day light but an unorthodox way of doing it. Instead of anglers racing out the starting gates using their boats it was a race on wheels. The first ever LASS launch where you want after check in. This rule gave anglers an even bigger advantage of fishing wherever they wanted as some anglers ran to Venice and some all the way to Houma. This made the competition very tough and all the anglers knew the weights would be high. Dufrene and Cedetal headed their trucks east and launched in the Delacroix area armed with Vortex Shads. It was a good move as they stayed relatively close giving them a long and opportune time to catch a whopping 16.56 lb and come home with a victory. It was a tight race with other Team Matrix Shad anglers closing in on first place such as Capt. Kris Robert and Benny Sanchez who came up just shy weighing in at 16.10 lbs. Another Matrix Shad team made the money cutting a check at 13th place also fishing the Delacroix area, Team Josh hall and Mitchell Chevalier. It was a great job by all the anglers as it was some of the largest stringers we have ever seen this early in the year. Matrix and Vortex Shad is proud to be used by some of the finest fisherman in the state and we cant wait to see the results for the next one and good luck to all. 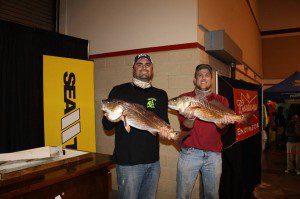 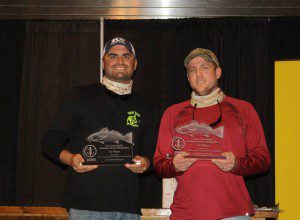