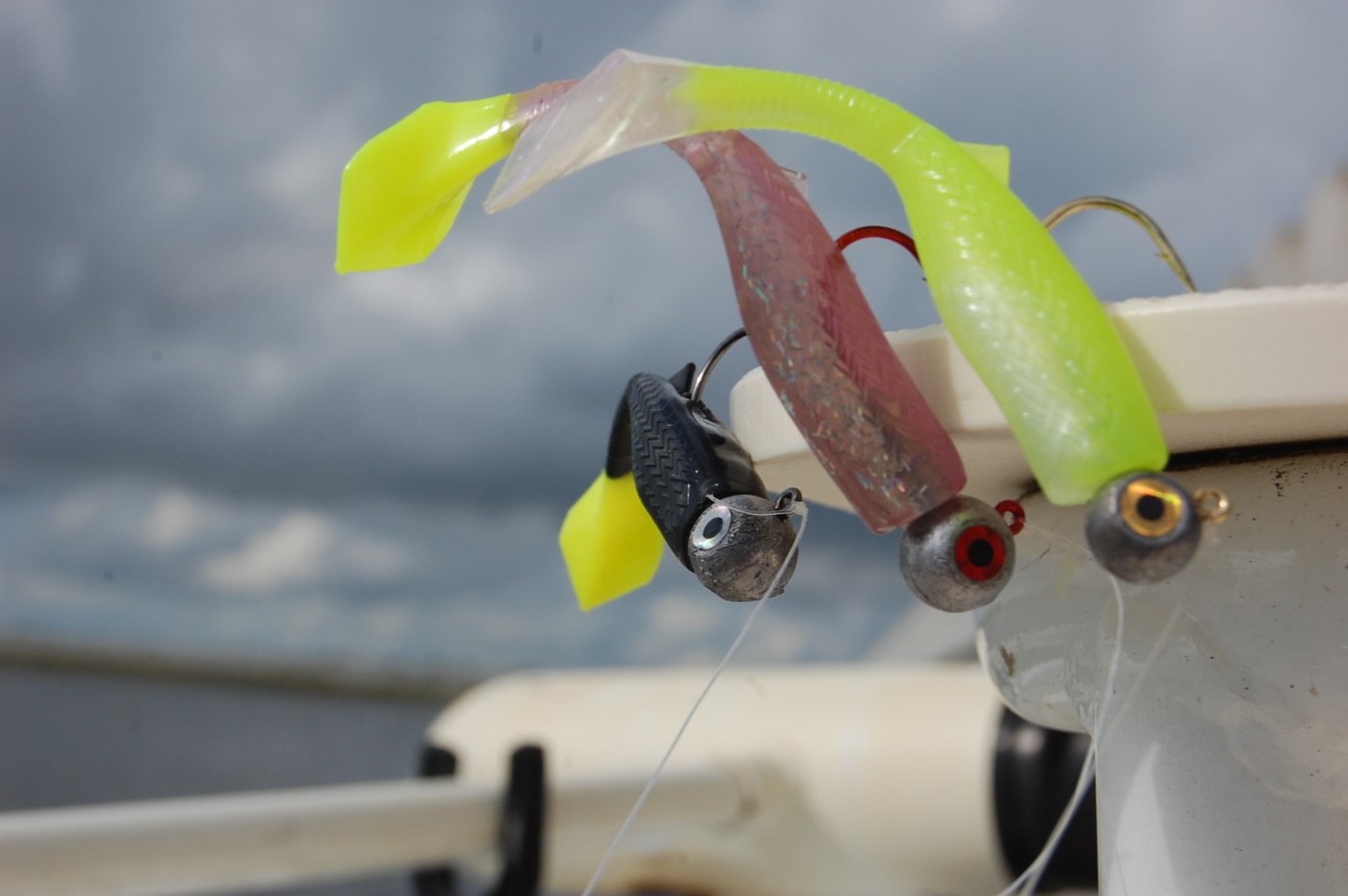 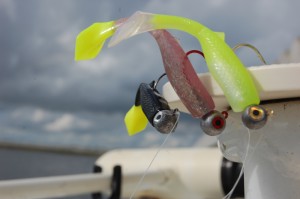 &nbsp; by: Don Shoopman &nbsp; A veteran saltwater fishing guide who says he fishes with soft plastics 99 percent of the year always reaches for a bag of soft plastics he has the utmost confidence in when he’s out on the water. &nbsp; For the past year or so, that has meant putting on a Matrix Shad and now the Vortex Shad, both made by Dockside Bait & Tackle in Slidell under the direction of marina owner/artificial lure manufacturer Chas Champagne of Eden Isles. “Nothing can touch the Matrix Shad,” said Capt. Marty LaCoste, owner of Absolute Fishing Charters out of Dularge. “The reason he came out with the Vortex was so he could put two colors on it.” The Vortex Shad has won LaCoste over by putting beau coup speckled trout and redfish in the boat. “The tail action’s incredible,” LaCoste said. “You can’t beat that action. It definitely gave us what we needed, you know, to catch trout on that, too. We’ve been fishing it under a cork, and it’s been tearing it up. “The pinkish color — trout are loving that one. It’s the best bait I’ve ever used, hands down. Nothing else compares. It’s catching all across the state, not just one area.” Also, the majority of redfish he and his anglers have been catching this fall and early winter have been on black/chartreuse Vortex Shad, he said. A black/chartreuse Vortex Shad was producing its share of speckled trout for this writer in mid-October in the Trash Pile area in Weeks Bay near Cypremort Point. “I’ve never fished another bait where you can fish with the hook both ways and catch fish,” Lacoste said. “To me, that’s a plus.” Champagne said he has been keeping the Vortex Shad rigged up lately. “All we’re doing is fishing a Vortex Shad under a popping cork,” he said one October afternoon after putting his boat on the boat trailer following a fishing trip around Irish Bayou on the south shore of Lake Pontchartrain. He caught seven speckled trout, the same number of redfish and a bass while fishing with a Vortex Shad on an 1/8-ounce Golden Eye Jighead under a H&H popping cork. Understandably, Champagne has been pleased with the early returns on the Vortex Shad. “We just launched this. They (anglers) all like it,” Champagne said. “I just want to get it out there. This is the elite series, where the Matrix Shad will be the original.” Starting this past January, amidst the success of the Matrix Shad, anglers asked him to produce a soft plastic with a segmented tail. Champagne took heed and started working on it right away. “The Matrix Shad, the original lure, is one color,” he said. “The Vortex Shad — every one we make will have a different-colored tail.” Why? Champagne knows anglers are “in love” with green tails or blue tails or red tails. The Vortex Shad, he said, simply “meets everybody’s needs on what they’re used to fishing with. Like you said, you like black/chartreuse. We use a lot of fluorescent colors over here.” And he changed the design of the tail for the Vortex Shad. “I thought we did such a good job the way the Matrix Shad ran that I didn’t want to change it. But I changed the tail up a little bit; I wanted to keep it as a paddle tail,” he said, noting his intention was to make it a V and a little bigger, thus giving it a more pronounced wobble. “It’s got a V-shaped tail,” Champagne said. “The tail’s a little bigger so it wobbles in the water. And you can see the notch in the tail … gives you a little more wiggle.” The 30-year-old outdoorsmen also pointed out another feature that isn’t on the Matrix Shad: There’s a small dorsal fin on the top side where, if you insert the hook properly, the point “pops out right in front. That way it’s hooked correctly.” Vortex Shad’s current color combinations are nightreuse (chartreuse with an opening night tail), spartacus (black/chartreuse) and kamikaze (opening night with a chartreuse tail). There will be more color combinations in the future. “We’ll probably do two colors every April until we get to 10,” he said. Lacoste said toughness and durability is another plus for the Vortex Shad. “I was pulling on one today just to see how strong it was,” he said. “It takes a lot to pull it off.” For more information on Vortex Shad and other Dockside Bait & Tackle products, call 985-707-2105 or go to www.DockSideLA.com.