How to Target Trout During Spillway Opening 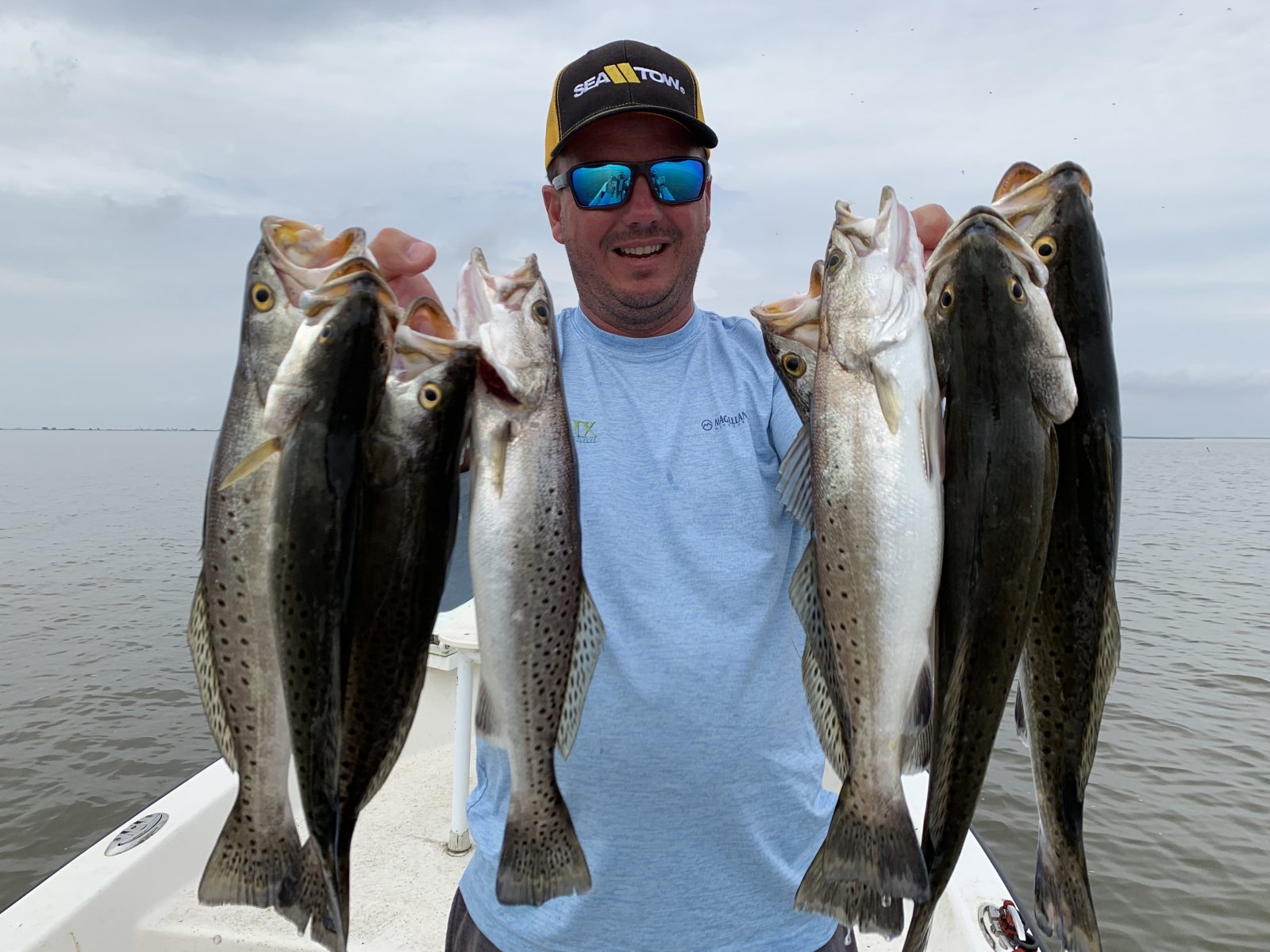 Another year of fighting freshwater in the Pontchartrain Basin. This is beginning to be the norm, small trout runs before the fresh water from the Bonnet Carre Spillway and then targeting bass and reds once the river floods the lake. The days of the Lake to be known as trophy trout estuary are becoming a thing of the past. Seeing trophy trout in the lake here lately is similar to the odds of seeing a mermaid or big foot. Typically there is a few good things that come from a spillway year but opening the spillway every year is a bad thing making salt water more of a rarity than fresh water. The fish each year seem to get hung up or trapped in pockets of green salty water and only time will tell where that will occur this year. Last year we saw our first consolidation of specks toward the south end of the trestle before the fresh water arrived. The video below is one we shot from DockSide TV just before the river water plagued the south end of the lake.

As it happens just about every spillway opening the last place to get affected as far as the lake goes is the very north end. Last year before the spillway took over the entire lake the very north end had some big trout piled up on the shorelines and we had a great two week run trowing the Matrix Mullet and the Matrix Minnow hard baits on some mule trout. The DockSide TV below shows captain Kris and I having a great day throwing hard baits during a spillway opening.

As the river started to take over the lake last year we made one more serious of good catches in Lake Catherine as it seemed the fresh water was having trouble finding its way into Catherine. Here we did very well using the Matrix Floats popping corks over a matrix and vortex shad along with throwing top waters early in the morning. The video below goes into great detail on this as we shot a video the morning before the Louisiana Sportsman Show.

On the colder days once the spillway took over the lake we were still able to manage a few good catches by hiding out away from the fresh water way back in the deep man made canals off the north part of Pontchartrain. We were doing a lot of trolling and working grass edges and steep drop offs while doing so as in DockSide TV Below.

Eventually the fresh water will take over the entire estuary. Making finding speckled trout virtually impossible. Depending on how long they keep it open is crucial to wether or not it will shut the Lake down completely or just temporarily. And where you will find the trout piled up in front of the fresh water changes each year. One of the biggest consolidations of fish I can remember ahead of a spillway year was the year they opened it early in January. The trout were going wild feeding on white shrimp right in front of the UNO airport. Check this DockSide TV out on this phenomenal trout run.

Make sure to get out there NOW and get in out the little bit of trout fishing we will have this spring. Unfortunately it will probably be short lived due to the spillway but you should be able to make some really good catches ahead of the freshwater. Once it takes over though make sure to break out your redfish, bass and even sacalait equipment because trout will only be found if you are willing to make a LONG boat ride. Below I listed a series of DockSide TV episodes over the years while dealing with spillway years.

You Know Christmas is Near When You are Seeing Red and Green
December 3, 2020
shop MATRIX
Check out the Latest Video from Dockside TV!
MATRIX blog
Go to Top