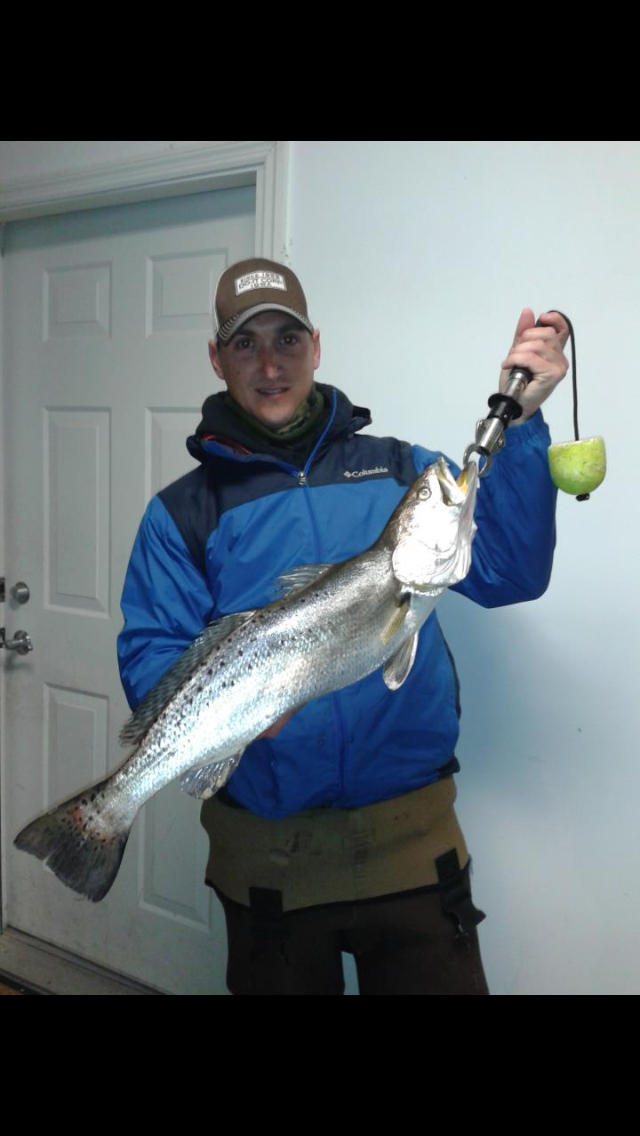 As temperatures  begin to warm and days become longer something with catching three plus pound trout becomes more common as it continues to heat up to the peak month in my consideration, April.  February is a very complex month for fish both trout and reds as far as big numbers go but catching a real trophy is very possible during the later part of the winter and bigger numbers of big trout become more consistent as we get into March.  Proof of this theory was dead on accurate back in 1999′ as Capt Kenny Kreeger landed the #2 largest trout in Louisiana history on Super Bowl Sunday, Jan 31st 14 years ago.  Capt. Chris Bush also showed this theory to be accurate also as he boated this 8 lb trout in picture just a few days ago while wade fishing the Mississippi Coast.  Capt. Chris caught this monster on the “GREEN HORNET” Matrix Shad and is the Biggest Trout to Date on Matrix Shad existence.  Don’t look for many bites this time of year but look for the possibility of a wall hanger to be on the end of the hook.  Look for the bridges to produce a few for next few weeks and peak out around April. 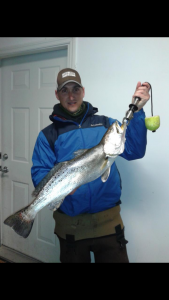