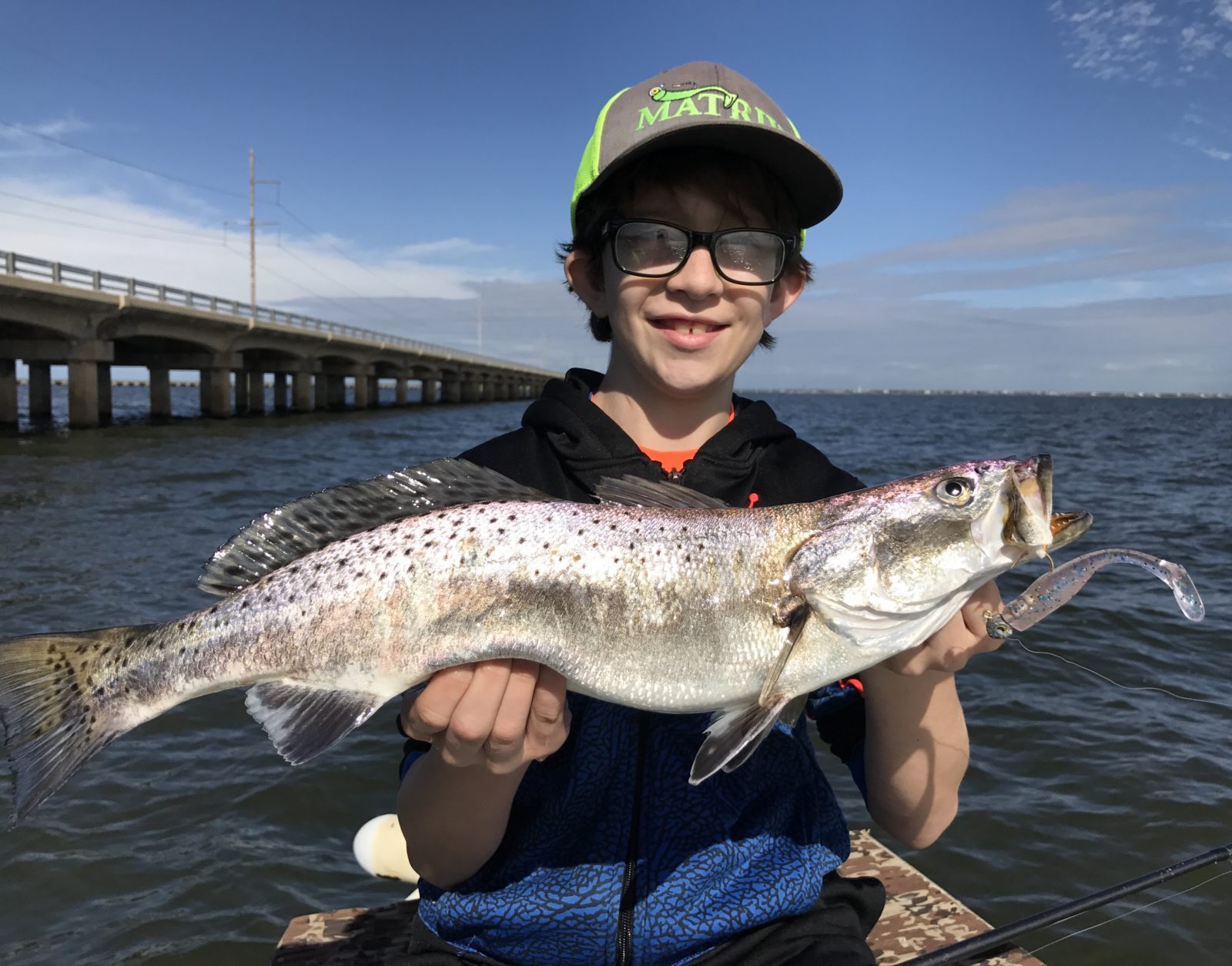 Wow!!! What an amazing start to the fall/winter run this 2016′ year in Lake Pontchartrain. By far the best trout season we have seen in the Pontchartrain estuary in the past five dreadful years. The weather has started off fantastic this fall with basically zero precipitation for two entire months allowing all the rivers to plummet and salinity to spike in our region. The white shrimp have surged into our area and they seen to be trapped right where the rigolets meets Lake Pontchartrain. Through the entire month of November we have crushed the trout and reds under the birds in this area which is the most eastern part of Pontchartrain, but if you want to target a true trophy trout this winter and have a shot to put one on the wall make sure to try areas away from the large schools of fish and people.
Big specks tend to be loners and will separate themselves from the pack. They do not like to compete with other trout for food or be bothered. They are fat and lazy for a reason. One of the greatest places to target trophy trout in the entire state has to be the highway 11 bridge. This bridge has records to back up its rumors. Rumors of 9, 10, and even 11 pound trout are true here not just a story or wise tail like big foot or the “Honey Island Swamp Monster”. From 1999-2001 some true monsters were caught on this one bridge including Capt. Kenny Kreeger’s 11.99 lb giant caught on an H&H queen beetle putting his fish as the 2nd biggest trout caught in Louisiana in over 100 years and the biggest trout caught in over 50 years. Capt Dudley followed that monster up just two years later with a 10.6 lb trout caught in April on a Deadly Dudley. Just before Dudley caught his monster Terry Googins caught a 10.2 lb trout just pillings down from where Dudley caught his and that was caught on an avocado Hybrid Flurry. So needless to say, big trout seem to like this bridge. My personal best, an 8lb 10oz trout was also caught on the highway 11 bridge.
It’s been a long time since we have seen 6-10 pound trout roaming the Pontchartrain estuary in the winter months but don’t think they can’t be caught. The 11.99 pound trout Capt. Kenny caught was caught in the dead middle of the winter on super bowl Sunday. With all the fish around our area lately I have begun to target bigger fish in hopes of running into one to put over the fireplace. The trestle has plenty of trout so does the hospital wall area but I have never caught one over six pounds in those areas but I have personally boated at least 30 six plus pounders in my life just on hwy 11 itself. So where did I start looking for trophies for this fall? Well if you guessed the highway 11 bridge your guess is correct. On my very first cast this fall on the old highway bridge I caught a beautiful trout weighing 4.5 lbs at 24 inches long. My eyes lit up and my hands started to shake a little, not because of that particular fish but because of the potential I knew that meant for this winter and having a shot at catching trophies again. A five pound trout has been our ceiling of late. The last few years visions of catching a wall hanger was lost and settling for 14-18″ trout has been the norm but maybe this is the year that changes. Just this November we have already caught four trout in the five pound class of the legendary bridge and all I can hope is they keep on growing.

What we have been using to catch these mules is the “Purple Haze” vortex from Matrixshad.com on a 3/8oz “Black Platinum” GoldenEye Jighead. If you want to catch meat for the freezer well that should be no problem but if you want to catch just one for over the mantle than you need to get away from the crowd and target these trophies. You need to forget about quantity when looking for quality. Until next time “Good Fishing” 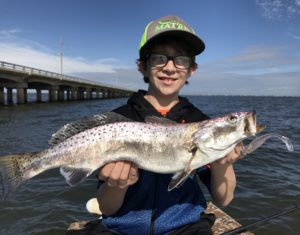 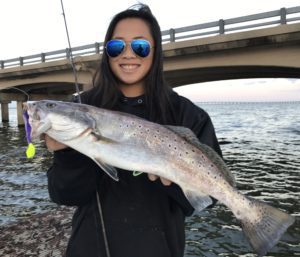 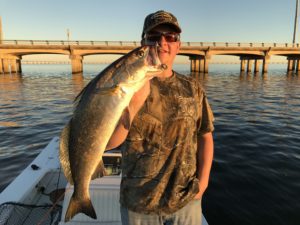 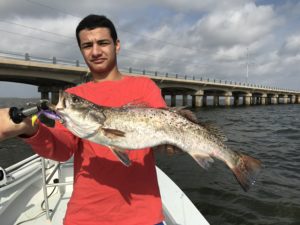 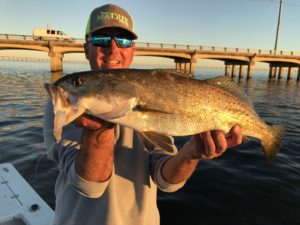