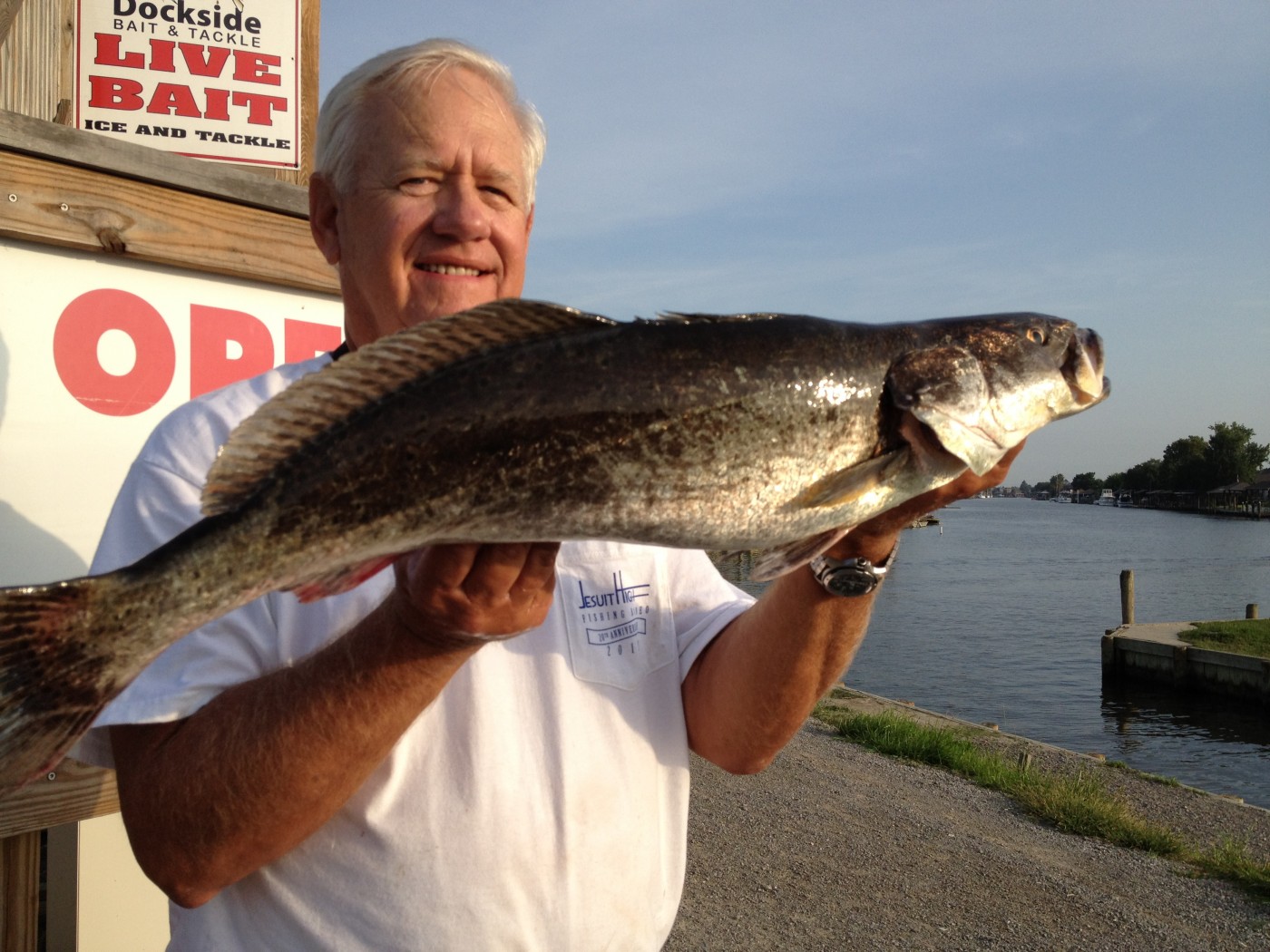 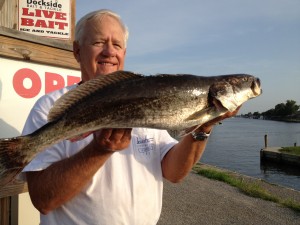 Even though August is more known for smaller trout as far as a yearly average goes, some  Louisiana Trophy Trout anglers are proving that theory to be misleading this year.  If you are ever wanting to pick a seasoned angler’s brain on fooling giant sized trout to eat a bait or lure on the end of your line, Doc Weiss is one you want to listen too closely.  Not only once but twice Dr. Bob Weiss has weighed in a monster trout late into the summer this 2012 out of Lake Pontchatrain.  Just after Weiss’ 7.14 pounder weighed in late in July to lead the CCA Star he was bumped by a Venice fish from another trophy trout angler which weighed in at 7.44.  Just two days after, without being discouraged, Dr. Weiss came back with a vengeance weighing in one of the largest trout caught all year.  Early sunday morning after being bumped down to second place in the CCA Star Dr. Bob Weiss called my phone around 6:45 am letting me know to make sure to be at DockSide to weigh a fish.  All se said was “I got a big one.”  Most people who call with that same story I know they have a nice solid 4-6 pound trout.  But when Doc calls with that same statement you know you are about to see a trout of a life time.   Doc has boated a couple of 9+ lb trout in his long fishing career and has already placed 2nd in the Star in years past.  He also just this year has boated twenty-6 plus pound trout with a couple over seven along with this one over eight.    Although fisherman like Doc can make it look easy catching these giant Louisiana specks, I can promise it isn’t that easy.  Extreme persistence, observation and commitment toward trophy fish has to be there.  To catch Big Trout you have to fish for Big Trout, which simply means you can’t catch a big one in a spot that is notoriously now for 12-20″ trout.   You have to fish patiently in areas that produce those giant females.  There are very few areas that produce 26 plus inch fish and Lake Pontchatrain is certainly one of them . As far as the rest of August goes it has been a similar story for us in the lake all summer.  The trout bite has been scattered and inconsistent but when you find them they have been very large.   The deep passes and ledges are key on mild tides and the Lake Ponctahartrain Bridges and reefs on stronger tides have been the key so far this summer.